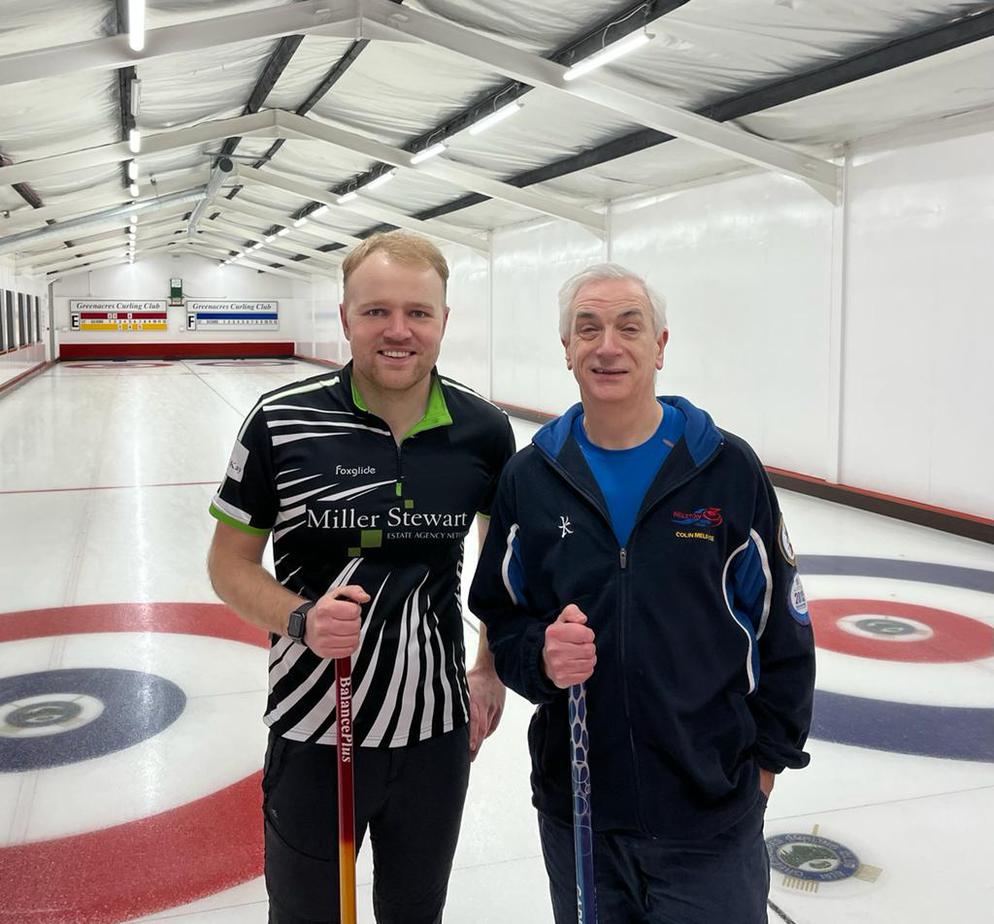 The team of James R and Colin (stepping in for Mary) won the pairs trophy with a comfortable win over James H and Billy (subbing for Rhona). Starting with a three, the score after five ends was 7-2 for James and Colin prompting James H to consider conceding. But a inspiring pep talk from the sub led to James H and Billy scoring three in the sixth. The last end was then played out but ended with a four for the victors.