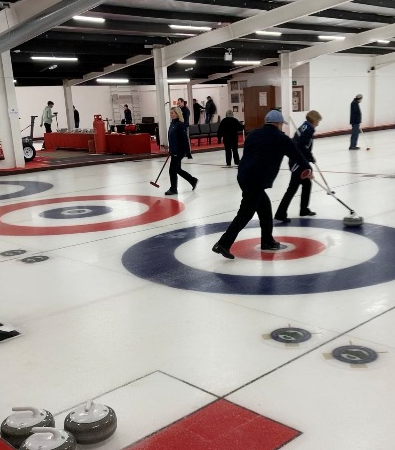 On Monday in the first of the semi finals in the Broadlie Cup Andy R and Georgie met an on form James R and Mary. Despite a draw behind cover from Andy in the third end, a controlled takeout from James meant a big score and Andy and Georgie conceded.

In the other semi final Frazer and Andy C played James H and Rhona. A steal of one at each of the first two ends for James and Rhona left Frazer with a tap back for last shot at the third end. His stone held out and ran out the side of the house giving James and Rhona another two and the match.

The final of the Broadlie Cup pairs competition is Monday 31 January at 8.30pm.