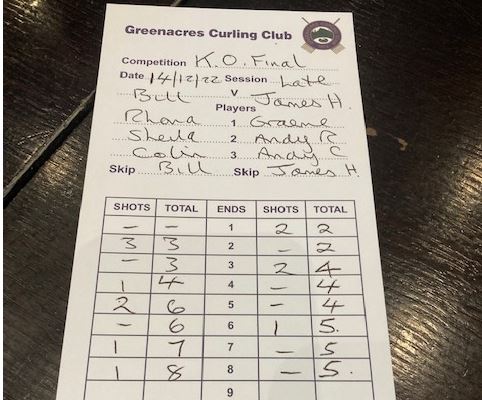 The team of Billy, Colin, Sheila and Rhona won the Kirktonfield Cup in the final against Team James H.

In a tense match scores were even after four ends but Billy edged ahead to lead by two shots going into the last end. James had a chance to peel the score but the stone remained wide giving the Ferrie team a single shot, an 8-5 win and the cup.