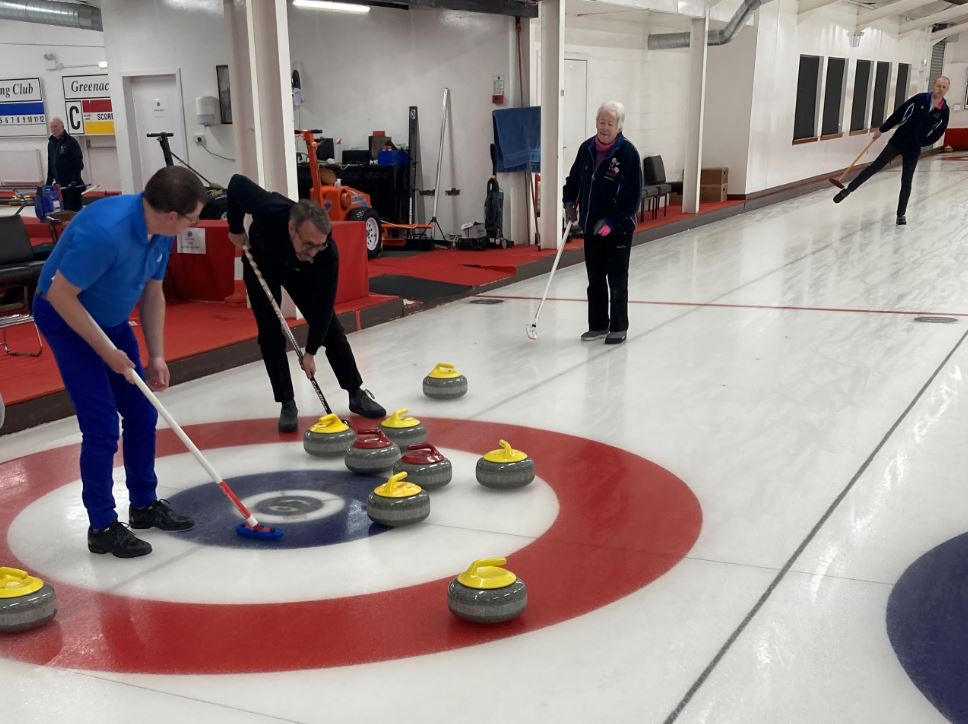 The team of Andy R, James H and Graeme won the Reid Rosebowl Bonspiel on Monday evening with a spectacular performance in both games winning with a score of 13 shots up.

After a win over Team Ewen in the first match, they met the team of James R, Andy C, Alan and Rhona who had been beaten by the team of Billy, Colin and Margaret S in their first match.