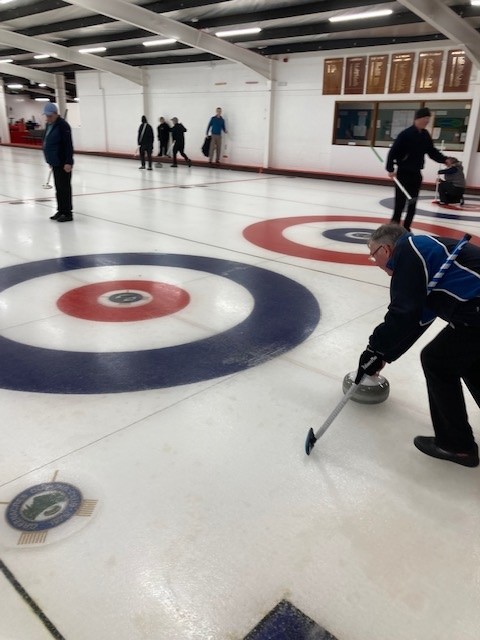 The first round of the bonspiel on Wednesday saw a mixed bag of results for Neilston. James H with his team of Ewen, Andy C and Rhona raced ahead with a lead of 5 shots by the 7th end, but a score of 6 in the final end for Ken Hutchison’s Uplawmoor rink put paid to a Neilston win. The other match was closer throughout with James R and his team of Andy R, Sheila and Thomas but coming out winners over the Uplawmoor rink skipped by Rab Souter.